Every Friday, MNA gathers news stories related to conservation and the environment from around the state and country. Here is some of what happened this week in environmental news: 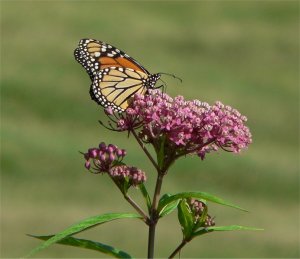 Michigan cities brace for a changing climate (Great Lakes Echo): Several cities across Michigan are preparing for climate trends that are already apparent in our state. Flooding, intense storms, extreme heat and falling water levels are all impacts that have developed in recent years. Some preparation plans include planting trees, putting solar panels on 360 state-owned buildings and setting a 100 percent renewable energy goal by the year 2020.

Possibility of oil fracking in Genesee County stokes environmental fears (mlive): Employees from the Western Land Services in the area are offering deals to people to sell the oil and minerals off their land, but the use of fracking is controversial. Environmental groups claim the process of oil fracking can harm groundwater and cause seismic disturbances, but supporters say it is done too far down below the aquifer to do damage. If there is enough interest to drill in the area, a permit would have to be granted in order to do so.

Asian carp issue seen as not stopping river barge concept for Muskegon Lake (mlive): The Army Corps of Engineers released a report to congress outlining eight possible approaches to stopping Asian carp from entering the Great Lakes through barges. Some solutions include separating the river system from the Great Lakes, but that would cost an estimated $18 billion. Many people fear the carp will threaten the Great Lakes fishing industry and are concerned about the river barge operation.

North American Leaders Urged to Restore Monarch Butterfly’s Habitat (New York Times): The leaders of Mexico, the United States and Canada have been urged to commit to restore habitat that supports the Monarch butterfly and its migration. A proposal to plant milkweed along its migratory route was issued, as milkweed has been disappearing over the past decade in America.

Snowy owls invade ‘south’; cold affects waterfowl (Associated Press): This winter has shown an invasion of snowy owls in 25 states. More than 2,500 snowy owls were reported in the U.S. and Canada this winter. The frigid cold is also causing unusual movements of waterfowl.  Due to the Great Lakes being almost entirely frozen over, some species of waterfowl are moving closer inland where they are not usually found.