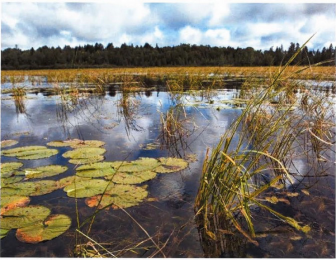 National Register adds Michigan’s Rice Bay, historic Ishpeming building (Great Lakes Echo): The National Register is the official list of the nation’s historic places worthy of preservation. Two sites in Michigan’s Upper Peninsula have been added to the National Register of Historic Places – one culturally important to members of the Lac Vieux Desert Band of Lake Superior Chippewa Indians and the other related to a strike important to labor and women’s history. The first site is Rice Bay in Gogebic County, which is a wild rice-growing area covering a square quarter-mile on northeastern Lac Vieux Desert. Wild rice is an aquatic grass that is culturally important to the tribe. The second site is the 128-year-old Brasstad-Gossard Building in downtown Ishpeming, which started as a factory and later renovated into an interior mall and offices. 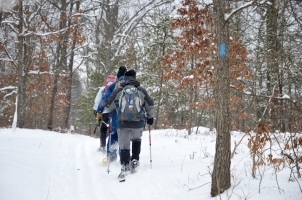 North Trail hikers set 100-mile centennial goal (Great Lakes Echo): Veteran hiker, Joan Young of Scottville, Michigan, has prepared to commemorate the National Park Service centennial in a 100-mile hike challenge sponsored by the North Country Trail Association, headquartered in Lowell, Michigan. The longest of 11 nationally designated scenic trails, North Country wanders between North Dakota and New York, following the Great Lakes through 12 national forests. The challenge is 100 miles for the 100 years of national parks. It’s a way to celebrate an important anniversary and to prepare a new generation for the next 100 years of national parks.

5 student inventions that help wildlife (Mother Nature Network): Wildlife conservation is an equal-opportunity field. With a little ingenuity and technical know-how, a person of any age and educational level can make a valuable contribution. Thanks to these five impressive student creations, many endangered species will be getting a much needed leg up on survival. The creations include an electronic scent dispenser, mushroom water filter, drones to keep an eye in the sky on poachers, squid-jet, and a hoglodge: a hedgehog haven.