Huge fishing pier, outdoor center set for Detroit River (Detroit Free Press): The Detroit River International Wildlife Refuge will see many changes, including a $2.85-million structure stretching 775 feet across the Detroit River, with a fishing pier to accommodate 100 people and a floating dock for the Michigan Sea Grant educational program boat. Seating, shade structures, and interpretive signs will also be included. The Downriver facility improvements will not only boost the number of visitors, but also help change the perception of the Detroit area. The
refuge has allowed nature to move back
into the area, and people can see that up close.

2015 Lake Erie algae bloom largest on record (Detroit Free Press): Scientists say an algae bloom that spread across Lake Erie this past summer was the largest on record and produced a thick scum about the size of New York City. The bloom stayed toward the center of the lake between Canada and Ohio and away from the shoreline. That lessened the impact on boaters and plants that handle drinking water.

Michigan hunters help feed the hungry (Outdoorhub): Michigan Sportsmen Against Hunger (MSAH) is a volunteer-based program that aims to get excess game meat onto the plates of the less fortunate. Food banks love the program, often contacting the DNR to ask about participating. One of the requirements is that venison has to go through a license processor. Another element to the program is that it promotes hunting and hunters need to know that nothing goes to waste. 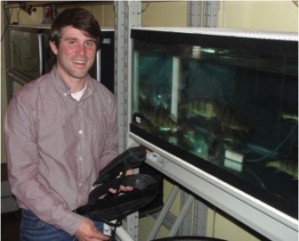 Climate change threatens perch, other warm-water fish (Great Lakes Echo): A recent study looked at how shorter and warmer winters impact yellow perch, but it also could have implications for other early spring spawning fish. The study shows that if fish can’t adapt to the changing climate, they die. A drop in the fish population could have far reaching consequences in the Great Lakes. According to the Michigan chapter of the Nature Conservancy, the Great Lakes fisheries are worth $7 billion annually to our regional economy. The loss of the yellow perch
population could harm the health of the entire food web.

Above average number of wildfires predicted by summer’s end (Great Lakes Echo): Despite Michigan’s decline in wildfires down to 86 so far in 2014 from a record high of 315 in 2012. according to the Department of Natural Resources (DNR), the latter half of the year may prove to have higher than average numbers of wildfires. 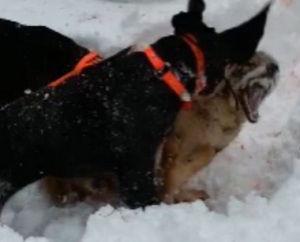 Video in coyote killing raises questions about ethics and the future of wolf hunting in Michigan (MLive): After the discovery of a brutal video of hound dogs attacking a wounded coyote in Gogebic County, policies on how hound dogs can be used during hunting come into question. Although using these hunting dogs are not allowed when pursuing wolves, they are still allowed for other animals, leaving them vulnerable to hunting hound attacks. Legislators are reviewing the film as evidence in a case to determine the legality of hound use in the particular situation.

John Kerry launches global effort to save world’s oceans ‘under siege’ (The Guardian): On Wednesday, John Kerry launched his new global effort to protect oceans from over-fishing and plastic pollution and climate change. Kerry plans to discuss the topic at the State Department two-day summit June 16 and 17. The State Department said Kerry’s conference will help global awareness of issues surrounding the earth’s oceans.

Road salt changes urban ecosystems in big ways (Conservation Magazine): During the winter, tons of salt is dumped along roads throughout the Midwest. Despite the usefulness of salt on icy roads to make it easier and safer for drivers, it ends up running off into soils on the side of the road and changing their chemical composition. The salt can also find its way to bodies of water, plants and animals, changing the way the ecosystem evolves.

DNR offers tips for residents encountering snakes (Michigan Department of Natural Resources): The DNR has released information to help residents who may encounter snakes this summer. Michigan has 17 species of snakes, 16 of which are completely harmless to humans. To avoid snake bites, the DNR suggests getting no closer than within 24 inches of a snake’s head. Residents are also asked to report any reptile or amphibian sightings to the Michigan Herp Atlas research project.

A fish flops dead on the shore, due to an increase of algae. Photo courtesy of Great Lakes Echo.

Public trust demands Great Lakes phosphorus cuts (Great Lakes Echo): A team of United States and Canadian citizens known as the International Joint Commission, or IJC, have come together to create a public trust to protect the Great Lakes from “excessive nutrient runoff.”. This has created toxic algal blooms in the lakes, adversely affecting the ecosystems and causing beach closures.

Second ballot proposal to stop gray wolf hunt in U.P. approved (Detroit Free Press): A proposal to end hunting of grey wolves in the Upper Peninsula will appear on the ballot on Nov. 5 and could possibly repeal a law passed in 2012. The proposal was pushed by Keep Michigan Wolves Protected and is among three other proposals about the wolf hunt that will also be on the ballot.

Scientists propose new classification system for invasive species (Conservation Magazine): Researchers across the globe came together to create a new classification scheme to better understand risks and threats to biodiversity on the planet. Rather than using a system that points out species who are endangered, they’re classifying invasive species by the adverse effects they impose on the communities they invade.

Obama pushes climate rules despite Dems’ midterm election concerns (Huffington Post): The Obama administration is set to reveal new emissions caps for factories throughout the nation to democrats’ dismay in energy-producing states during the midterm elections. Obama must start now with making an energy efficient nation, a major component to his campaign, otherwise new legislation won’t be enacted before his term ends.