Court upholds UP ethanol plant review but project likely dropped (Great Lakes Echo): A federal appeals court has upheld the decision to review a $100 million construction subsidy in the Upper Peninsula of Michigan. The U.S. Department of Energy declared the project to be void of significant harm to the environment. Despite this, recent mandates calling for the elimination of cellulosic ethanol and an investor backing out may have closed the project. 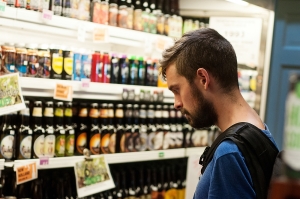 Local grocers specialize to thrive (The State News): The East Lansing Food Co-op, among other stores, have tried ways to make them stand out to customers. The co-op is different compared to other grocery stores and provides organic and locally grown food, something a little different than at the supermarket. Owner David Finet said the co-op works directly with its producers when buying products.

EPA releases much-anticipated limits on power plant emissions (Huffington Post): The Environmental Protection Agency announced one of its new mandates: a 30 percent cut in carbon emissions by 2030. “For the sake of our families’ health and our kids’ future, we have a moral obligation to act on climate,” said EPA Administrator Gina McCarthy.

Twitter chat about new EPA carbon pollution regulations (New York Times): The New York Times hosted a Twitter question and answer session with environmental reporter Coral Davenport. Davenport had an exchange with those asking questions about the new EPA regulations and their effects on coal-producing states, among other topics. 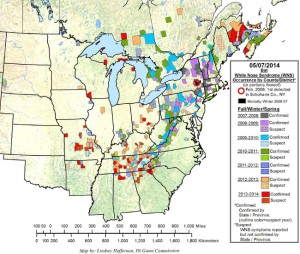 Scientists diagnose white-nose syndrome in bats using ultraviolet lights (Conservation Magazine): The white-nose syndrome is devastating to many hibernating bats. The disease comes from a fungus and infects bats as they hibernate and often kill them. A major guide for scientists to start tackling this disease is to find its location, although it is difficult to locate as testing bats for the disease calls for killing them. 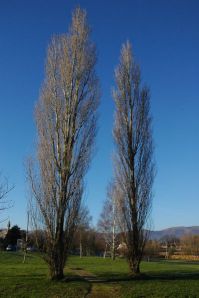 Poplars modified for ethanol production still fight bugs (Great Lakes Echo): A recent University of Wisconsin study found that genetically modifying poplar trees to more easily produce ethanol had little to no effect on the tree’s susceptibility to insects. The trees were modified in two ways, making the production of ethanol easier. These findings may bring genetically modified poplar trees closer to commercial use for a biofuel made from the cellulose in plant cell walls.

Asian carp DNA detected in Lake Michigan sample (ABC News): Sturgeon Bay in Wisconsin has tested positive for the invasive Asian carp, which is the second water sample to test positive for the invasive species in recent years. The Asian carp was accidentally introduced into the Mississippi River and has made its way north. Scientists fear the Asian carp could out-compete native species in the Great Lakes and damage the $7 billion fishing industry. Scientists say it is unknown whether the sample came from a live fish or not, so the DNR and U.S. Fish and Wildlife Service will take more samples.

New invasive species battle brewing in northern Michigan (Up North Live): The Department of Natural Resources has turned their attention to a new aquatic invasive plant called the European frog-bit. This species has been detected in Saginaw Bay, Alpena and Munuscong Bay in Chippewa County. Frog-bit shades out submerged native plants, which reduces plant biodiversity, disrupts natural water flow and may adversely affect fish and wildlife habitat. Control measures are underway, including removing 1,500 pounds of the free-floating plant.

Crying wolf: Michigan’s first hunt heavily influenced by outside interests; follow the money (MLive): The Humane Society of the United States has donated more than $300,000 in an effort to end the Michigan wolf hunt. More than $600,000 was donated in total. Jill Fritz, the director of the Keep Michigan Wolves Protected campaign said the newest petition drive is all volunteers. Other opponents to the hunt include native tribes, the Doris Day Animal League and individual contributors from outside the state. Many of these people provided statements to Michigan lawmakers.

Tsunami debris ‘island’ isn’t Texas-sized, but it is headed toward the U.S. (Mother Nature Network): About 1.5 million tons of debris from the tsunami that struck Japan in 2011 is drifting across the Pacific Ocean toward the United States. The U.S. National Oceanic and Atmospheric Administration cannot accurately predict when the debris will arrive on U.S. shores. Debris has been washing up along the shores of Oregon, Washington, Hawaii and Alaska. The docks that washed ashore in Washington and Oregon contained large amounts of marine life that had to be decontaminated to prevent invasive species from entering the U.S. coast.