Michigan Invasive Species (MI.gov): Does your work take you to several outdoor sites in one day? Do you fish or hunt at different locations in the same week? If so, your actions could be considered high-risk for spreading species around the state. Want to learn more? Take a few minutes to watch this new video that briefly explains the best ways to look for and remove invasive species. 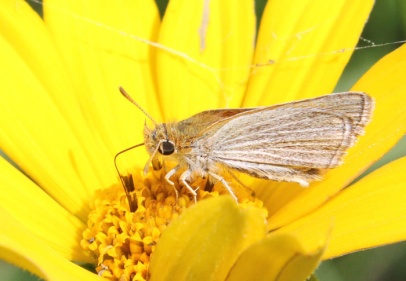 The Poweshiek Skipperling: A Prairie Butterfly on the Brink (U.S. Fish & Wildlife Service Endangered Species): Poweshiek skipperlings are small butterflies that live only in native prairies that have never been plowed, which makes them vulnerable. Until recently, the species (Oarisma poweshiek) was one of the most common prairie-obligate skipper in the Midwest. Yet, in the last decade, surveyors observed an abrupt and rapid decline in the species, and population after population began to vanish. Despite extensive surveys, the skipperling appears to exist in critically low numbers at just a handful of sites scattered between Wisconsin, Michigan, and Manitoba. 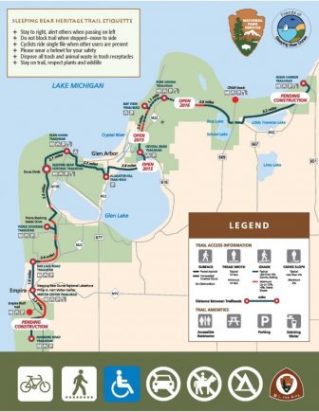 Trail segment installed at Sleeping Bear (Great Lakes Echo): A ribbon-cutting ceremony was held recently for a new segment of the Sleeping Bear Heritage Trail at the Sleeping Bear Dunes National Lakeshore. The trail will eventually run 27 miles from Empire northeast about halfway up the Leelanau Peninsula. To limit environmental impact, the trail follows existing utility corridors, abandoned roads and a narrow gauge railroad. That minimizes its impact on forested areas and wetlands. Boardwalks are built with helical piles, a more environmentally friendly alternative to cement foundations. Instead of digging up landscape and pouring permanent cement, the piles screw directly into the ground and can be unscrewed if needed.

MSU researcher: more wild bee habitat would benefit growers (Great Lakes Echo): For farmers across Michigan and the country, pollination is essential for making their crops grow. For years now, they’ve kept a close eye on a key pollinator, bees, mainly because their numbers have been declining. Listen to the podcast with Rufus Isaacs, a professor of entomology at MSU, to learn more.