As some of you may know, pollinators come in all shapes and sizes – from well-known bees and butterflies, to birds and even bats. These animals are critical components in a healthy ecosystem, helping plants thrive and provide food to all members of the food chain. But many pollinators have been experiencing population decline in recent years, which prompted the designation of this week in June as “National Pollinator Week” – to recognize the important role pollinators play in our world, and to focus on ways to help support pollinator populations.

MNA is proud to be a part of protecting many pollinators in Michigan – a few of these species are detailed here. 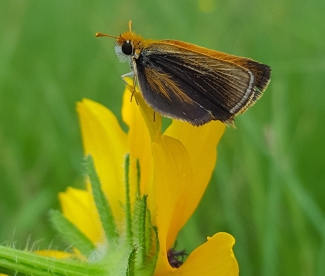 MNA works with the U.S. Fish and Wildlife Service and other partners to better understand the decline of the endangered Poweshiek skipperling – a small butterfly at risk of habitat loss due to agriculture and landscape development. The Poweshiek requires plants and soils normally found in prairie fen habitats, which are a vulnerable natural community in Michigan. This once abundant butterfly can now only be found in a handful of sites in the world, including at MNA Sanctuaries.

Bumble bees are some of the most recognizable pollinators in the world, and have been the predominantly referenced species in the fight to save pollinators. The Rusty-patched bumble bee is one of these that have experienced decline due to habitat loss and pesticide use. The Rust-patched bumble bee, named for the brownish-orange patch found on the backs of males and worker bees, requires grasslands and prairies with undisturbed soil for both food and housing. However, many of these areas in the Midwest have been converted to farmland and other developments, such as roads. According to the U.S. Fish and Wildlife Service, “Bumble bees are keystone species in most ecosystems, necessary not only for native wildflower reproduction, but also for creating seeds and fruits that feed wildlife as diverse as songbirds and grizzly bears.” 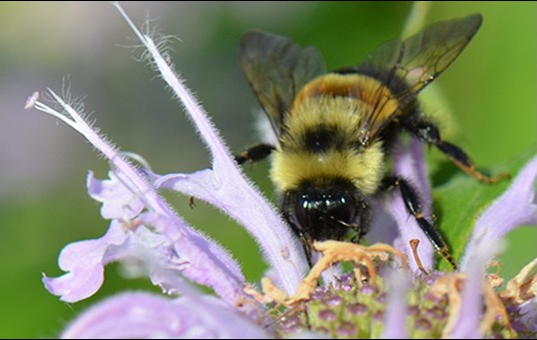 One of the larger pollinators that can be found in Michigan is the Swallowtail butterfly. Many varieties of the Swallowtail exist, some more common than others, but they all play a critical role in the process of plant reproduction. One unique sight in Michigan is groups of swallowtails foraging along damp or muddy sand, where they sip dissolved minerals and salts. They are also for their caterpillar’s defense mechanism – a pair of false eyes that form on the fore section of their body. 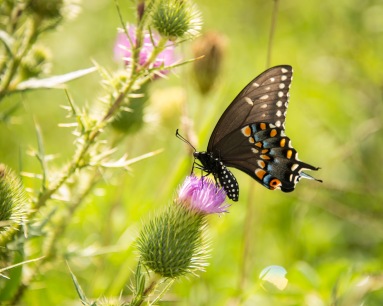 It is critical that we recognize the important role that pollinators play in our natural communities, and work to protect those habitats that are critical for the pollinators’ survival. There are many ways that you can help pollinators that extend beyond this important week, learn more at pollinator.org or pollinators.msu.edu and canr.msu.edu/pollinators_and_pollination.