This Is What A Great Lake Looks Like After All The Vacationers Are Gone (Buzzfeed): Photographer Dave Sanford spent time on Lake Erie shooting the Great Lake’s turbulent fall season. From mid-October to mid-November, the longtime professional sports photographer traveled each week to Port Stanley, Ontario, on the edge of Lake Erie to spend hours taking photos. His goal was to capture the exact moment when lake waves driven by gusting winds collide with a rebound wave that’s created when the water hits a pier and collection of boulders on the shore. People are blown away that these are from a lake, and not an ocean due to the size and force.

Crayfish in Burt Lake are thought to be on the decline. Image: Greg Schechter, Flickr.

Pharmaceutical pollution takes toll on crayfish and other species (Great Lakes Echo): Drugs seeping into groundwater threaten crayfish and have a domino effect of environmental impacts that harm fish and other species, according to new research. Pharmaceutical pollution happens when medicines are improperly disposed or flushed into septic tanks and sewers as the body eliminates them. Treatment can’t filter them so they make their way into lakes and streams. Crayfish are a keystone species, one that many others species depend upon. If they died, so would trout and bass. That would lead to algae overgrowth and in turn, insects and invertebrates would die when decaying algae used up all the oxygen. At this point there are not solutions for removing pharmaceuticals once they are in lakes and streams, so this is a prevention issue. We need to keep it out of the waterways, improving septic and sewer systems to filter pharmaceutical pollution is a critical need. 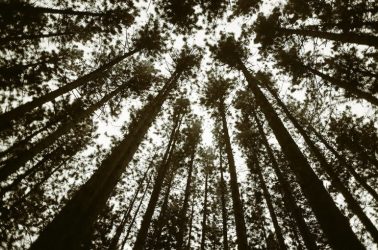 Researchers look to brace Great Lakes forests for climate change (Great Lakes Echo): Great Lakes forests will get warmer and suffer more frequent short-term droughts, scientists say. The stakes are high. Forests are staple ecosystems in the region. Many wildlife and plant species depend on forest stability. Plus, forests are a part of the regional culture. The approaches to climate change adaptation for trees are as diverse as the tree species.

Secretive amphibian can provide pollution clues (Great Lakes Echo): The mudpuppy is a fully-aquatic salamander thought to be on the decline–though the extent of that decline is unknown. The foot-long amphibians are classified a “threatened species” in the state of Illinois and considered a concern throughout the Great Lakes region. Destruction and degradation of habitat, along with invasive species, are spelling doom for mudpuppies. Mudpuppies are also very sensitive to pollution. That characteristic could make them especially important to researchers. Population statistics and tissue samples could clue scientists in on the effects pollution and habitat degradation are having on those environments.

Since its establishment as a Michigan Nature Association sanctuary in 1983, Dowagiac Woods has become renowned for its dazzling, weeks-long display of spring wildflowers.  In fact, this in part is what inspired the Michigan Nature Association’s interest; shortly after a member visited the woods in 1975 and noted the abundance of Blue-eyed Mary on a 220-acre forest lot that was for sale, an appeal was made for funding to purchase it. The original purchase has since been expanded to encompass an additional 164 acres.

Every year visitors walk the trails meandering through the diverse blooms, some of which are hard to find elsewhere in the state. However, Dowagiac Woods is a unique example of the value of Michigan’s natural heritage, not just for its famed spring wildflowers, but because it’s a largely undisturbed 384-acre block of high-quality forest habitat with ample biodiversity to support a variety of Michigan-native wildlife, including many rare and some endangered species. Nearly 50 kinds of trees and hundreds of various other plant species, as well as close to 50 kinds of birds, have been catalogued by MNA. These include the Yellow-throated warbler whose clear songs grace visitors with joyful notes, the notorious Pileated woodpecker, and the rare and lovely Cerulean warbler.

Large, intact forest blocks like Dowagiac Woods are vital to the composition of habitats that support an array of wildlife, yet are becoming increasingly rare in southern Michigan as landscapes are fragmented by industry and human use. Additionally, the majority of Michigan’s intact forests reside in the upper half of the state. Thus, as the largest MNA sanctuary in the southern Lower Peninsula and a rare, high-quality example of the natural state of Michigan’s mesic southern and southern floodplain forests, Dowagiac Woods is truly a state treasure.

The ecological importance of biologically diverse plant communities can’t be overstated. Plants form the basis of habitats and aid in performing various hydrological functions not limited to natural flood control, water purification, and the cycling of water. They anchor and enrich the soil, cycle important nutrients, and convert carbon dioxide into breathable oxygen. Forests also act as important carbon sinks by storing large amounts of carbon dioxide. The more diverse the community of plants that make up a community, the more efficiently it can function as a whole and perform these essential services. When biodiversity drops, ecosystems become less resilient against disturbances like disease or fire, because a single species comprises a much greater proportion of the plant community and its decline takes a greater toll.

With the exception of a section of woods that was selectively cut in the 1960s, the majority of Dowagiac Woods has thankfully remained undisturbed. The Michigan Nature Association’s mission is to preserve and maintain pristine areas like Dowagiac Woods. With soil that has never been plowed and trees that have never been clear-cut, it is the closest illustration of how Michigan’s forests may have looked prior to settlement. Visitors are encouraged to walk the trails and take in the rare sights and sounds of the many unique species found there. With careful management, what remains of Michigan’s natural heritage may yet be enjoyed for generations to come.