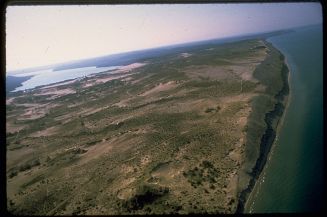 Shedd Aquarium showcases Great Lakes, increases awareness for conservation research (mlive): Chicago’s Shedd Aquarium has opened a new exhibit, “At Home on the Great Lakes.” The display showcases over 60 Great Lakes species and includes a sturgeon touch pool, where visitors can have an up close connection with the prehistoric fish. Interactive elements are also scattered throughout the exhibit, such as a screen with live news updates on Great Lakes protection progress. The goal of the display is to rally conservation groups and to inspire the public to protect the Great Lakes.

U.S. Fish and Wildlife Service Awards Grants to 28 States for Work on Deadly Bat Disease (WhiteNoseSyndrome.org): The U.S. Fish and Wildlife Service announced grant awards Thursday totaling $950,694 for white-nose syndrome projects. 28 states received grants to monitor bat populations, as the disease has spread rapidly among bat species in past years. Michigan received one of the highest grant amounts, gaining a total of $47,500. The funds are to be used to slow the westward spread of white-nose syndrome, which has already killed approximately 5.7 million bats.

Human Activities Threaten Sumatran Tiger Population (Science Daily): Researchers have recently found that tigers in central Sumatra live at densities much lower than previously believed, which is likely the result of human disturbance. Though habitat loss and deforestation have long been known to threaten tigers, the data reveals that areas of human farming, hunting and gathering of forest products have very small tiger populations, regardless of their abundant populations of prey. The study reveals that more extensive monitoring of tigers and their habitats will be critical to the survival of the species.

Energy debates play out on the Great Lakes nearshore (Great Lakes Echo): In the midst of nearshore energy production controversy across the Great Lakes region, the western Lake Erie basin, between Detroit and Cleveland, is facing some of the greatest debate. The heavily populated area has been found to display some of the worst pollution, affecting fish and wildlife habitats, water quality and climate change effects. Some changes have been implemented to combat this, such as wind turbines along the shore, but they face positive and negative responses from environmental officials.

It’s finally summertime; the birds are chirping and the flowers are blooming, but the mosquitoes are biting. In the midst of an otherwise perfect day outdoors, mosquitoes not only have the ability to annoy us, but they can spread harmful diseases as well. For this reason, the American Mosquito Control Association (AMCA) has declared the week of June 23-29 as the seventeenth annual “National Mosquito Control Awareness Week.” The AMCA started Mosquito Week with the intent to educate the public on the environmental significance of mosquitoes and to promote safe control methods. 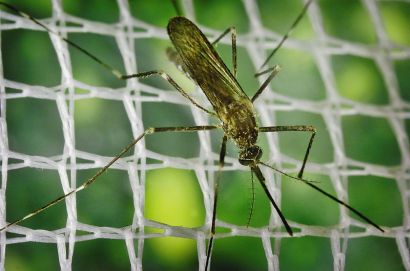 Regardless of their bad reputation, mosquitoes serve an important role in local ecosystems. The bug is especially vital to the aquatic food chain, as many fish rely on mosquito larvae for a main source of nutrients. Additionally, many other species consider mosquitoes a major food source, such as bats, spiders, lizards, frogs and several types of birds, including house martins. In tundra areas, mosquitoes are especially important to migratory birds, which would be expected to drop by more than 50 percent if the bug were completely exterminated.

On top of their nutritional significance, mosquitoes pollinate many plants. Since the blood mosquitoes take in is only used to provide protein to their eggs, their normal source of food comes from pollen. In Michigan, mosquitoes are known to help pollinate several different types of flowers, including goldenrod and orchids. On a global scale, mosquitoes in areas of South America pollinate cacao plants, which are used to make chocolate.

Still, while mosquitoes are vital link in our ecosystem, the species creates some serious problems. Mosquitoes are vectors of several viruses, such as West Nile Virus and dengue fever. The bug is also a primary spreader of Malaria, which is becoming especially prominent in many developing areas.

To help combat disease and to enjoy your time outside, it is important to take precautionary measures against the pest. However, some control methods can do more environmental harm than good. Pesticide spray, used through foggers to get rid of mosquitoes in the masses, is toxic to many aquatic species when it washes into bodies of water. Additionally, the spray pollutes the air, harming the humans who breathe it. 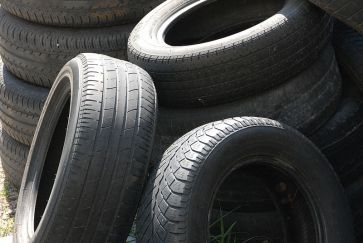 The standing water in old tires is a common breeding ground for mosquitoes.
Photo courtesy of Wikimedia Commons.

Luckily, there are many safe and easy ways to repel mosquitoes. One simple method is to get rid of areas of sitting water, especially artificial containers, as these are common breeding areas for the bug. Changing birdbath water often and mowing high grass can help reduce the amount of sitting water and, therefore, the amount of mosquitoes on your lawn. Also, certain plants, such as basil, marigolds and lemongrass, naturally repel mosquitoes, so having a few of these around could keep you from constantly swatting at the bugs.

Though they may seem like nothing more than a summertime nuisance, mosquitoes play a vital role in our ecosystem.  This week remember that, while it is important to protect yourself from this irritating bug, it is also important to do so in an environmentally safe manner.

Release of classroom pets bring more invasive species here (Great Lakes Echo): The results of recent surveys show that released classroom pets may be a significant contribution to Michigan’s invasive species issue. Sea Grant researchers surveyed nearly 2,000 teachers from the United States and Canada and found that 27 percent of those who have class pets release the species they raise. While these animals can help to connect students with the natural world, their release into the wild is a concern among scientists, who are initiating multiple public awareness efforts on the topic. 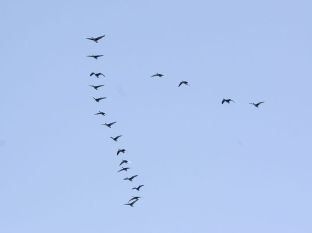 USGS: Asian carp eggs can incubate in more areas (Southtown Star): A new report from the U.S. Geological Survey shows that Asian carp may be able to spawn in more Great Lake tributaries than previously believed. The survey data shows that the Asian carp’s fertilized eggs can incubate in waterways only 16 miles long, a much shorter distance than the 62 miles researchers once thought the eggs needed. Though this reveals that more areas are susceptible to the invasive species, researchers hope the data will help authorities initiate more effective defensive measures.

‘Oily substance’ in lake baffles investigators (Chicago Tribune): The U.S. Coast Guard and Indiana environmental officials are investigating a silvery substance that was found in Lake Michigan Monday afternoon. Some beaches evacuated swimmers from the water after noticing an oily layer on the skin of bathers and a silver tint to the lake in the Michigan City, Indiana area. Tests show that the substance included a mild acid used to clean metals, D-gluconic acid, as well as an additive found in fertilizers and food, tricalcium orthophosphate. Though Monday night’s rains dissipated the sheen from the water and no ill health effects have been reported, officials continue to investigate the issue. 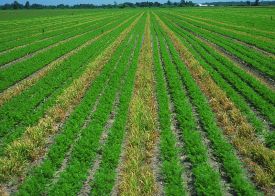 Research shows planting cover crops protects Michigan’s environment (mlive): Research shows that crops grown for protection and enrichment of the soil can provide substantial environmental benefits. By absorbing residual post-harvest nitrogen, cover crops help protect Michigan’s groundwater while reducing the impact of erosion and runoff. Cover crop research serves as an example of one of the many ways agriculture can be used to protect the state’s soil, water and air quality.

How Cities Compost Mountains of Food Waste (National Geographic): New York City mayor Michael Bloomberg recently expressed plans to increase food composting in the city, following movements in many other cities across the nation. Recycled food scraps will be used as fertilizer or energy sources for the city, conserving space in landfills and saving money for taxpayers. A similar composting movement in San Francisco has proved effective, reducing the city’s greenhouse gas emissions to roughly 12 percent below its 1990 emission levels.