In 1972, President Nixon declared that “conservation efforts in the United States aimed toward preventing the extinction of species were inadequate,” and asked Congress to develop comprehensive legislation regarding endangered species. The Endangered Species Act was passed on December 28, 1973, and is considered the most important piece of endangered species legislation. Since its inception, the act has prevented the extinction of 99 percent of the species it protects.

2013 marks the 40th anniversary of the Endangered Species Act, and the U.S. Fish and Wildlife Service is honoring  the anniversary with a year-long celebration of the law and the country’s conservation efforts. Check out the timeline below for a list of significant events and achievements in the Endangered Species Act’s history. For more information on the legislation and the 40th anniversary celebrations, visit the U.S. Fish and Wildlife Service website. 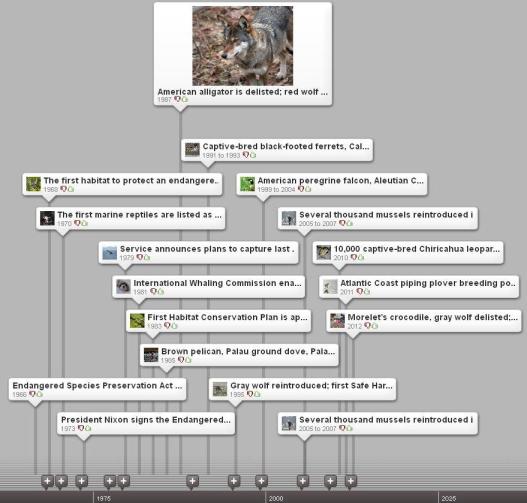